Valid JSX complaints: overuse of element nodes and an ugly API for if statements, doctype, and comments

“I’ve spent a few days working with JSX and React and I have mixed feelings about them. React is pretty neat, but I find that they made some very unusual choices when it comes to their API design. Then there’s JSX, definitely the weirdest aspect of React – we’ll look into it as well. I’ve really enjoyed the ES6 and Babel experience, although I’ve noticed that there’s a learning curve where you start to decide whether using an ES6 feature is better than its ES5 equivalent or not, something we’ll explore towards the end of the article.”

Develop 3D content for the web with low-level abstractions such as shaders, framebuffers and texture and enjoy higher-level APIs for camera, lighting, and materials 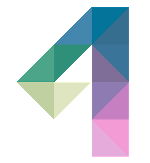 Over the past three years working in the realms of web-based physics simulations using WebGL, I have realized the lack of a web-based physics engine. This is probably due to the large amounts of data manipulation required to do this. To address this problem, I started to develop Four.

Four is a framework to develop 3D content for the web. It lets you avoid the burden of repetition and complexity to speed up and simplify the development while exposing the flexibility of the WebGL API. This is done by exposing several layers, each built on the top of the previous one, that give you access to a different level of abstraction. Depending on your needs, you can access the most basic level or a higher one. This allows you, as the developer, to focus on what is important: getting something on the screen.

The Internet of Things is growing and Samsung for one is choosing Node.js for microcontrollers

Samsung looks to leverage JavaScript as a mechanism for IoT (Internet of things) development with its IoT.js project.

The recently unveiled IoT.js serves as a lightweight version of Node.js. “IoT.js aims to provide interoperable service platform in the world of IoT, based on Web technology,” the IoT.js website states. “The target of IoT.js is to run in resource-constrained devices [having] only few kilobytes of RAM available device. Thus it will supports very wide range of ‘Things.'”

io.js v3 is essentially a beta release of Node.js v4 with significant updates including many ES6 features

Compatible with npm, io.js was spawned as a fork of Node.js late last year after disagreements arose over Node’s direction. Everything was smoothed over this spring, and the two factions, which had many of the same participants, agreed to reunite. “The governance of io.js and Node.js have already converged, all that is left is the technical side, and io.js v3 is a significant step towards completing it,” said Mikeal Rogers, who has served as a spokesman for io.js, in an email.

“Developers need to know about io.js v3 because it’s a significant change to the native side of the platform they’ll need to understand in order to prepare for Node.js v4,” Rogers said. He also noted version 3.0.0’s status as the likely last release line for the platform.

MDN posted this great article on export and import features and syntax, part of the ES6 In Depth Series

ES6 In Depth is a series on new features being added to the JavaScript programming language in the 6th Edition of the ECMAScript standard, ES6 for short.

Bootstrap 4 is on its way and may help Bootstrap remain the king of CSS frameworks.

There are a ton of major changes to Bootstrap and it’s impossible to cover them all in detail here, so here are some of our favorite highlights:

– Dropped IE8 support and moved to rem and em units

– Rewrote all our JavaScript plugins

Read about the details at Bootstrap Blog