Look at feature requests as a request for a new or improved workflow, not a new feature

1. Listen to client feedback with an interpretive ear, and don’t be afraid to dig deeper to identify underlying problems

4. Focus your energy on hearing the users’ needs, not the users’ wants

5. More features do not equal a better product

What tools do developers use now? Sass, Gulp, AngularJS, Mocha, Jasmine, and Bower top the list.

What tools are developers using right now? Ashley Nolan shares results from a survey of over 1000 developers.

I’m excited to try DocBlockr and AngularJS plugins for Sublime

Matt Burnett conducts a whistle-stop tour of ten essential Sublime Text plugins, which will make you a happier and more productive JavaScript developer.

Read more from the source: SitePoint 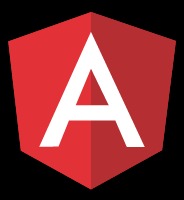 Exploring Angular 2 is a curated collection of high quality articles and guides about exploring the Angular 2 framework.

io.js has completed its mission: Node v4 was released this week!

Read more from the source: nodejs.org

The “G” has a new style! Today Google announced a simplified logo that emphasizes its four major colors. The new logo is already in place on Google Drive and Google Search.

Today we’re introducing a new logo and identity family that reflects this reality and shows you when the Google magic is working for you, even on the tiniest screens. As you’ll see, we’ve taken the Google logo and branding, which were originally built for a single desktop browser page, and updated them for a world of seamless computing across an endless number of devices and different kinds of inputs (such as tap, type and talk).

It doesn’t simply tell you that you’re using Google, but also shows you how Google is working for you. For example, new elements like a colorful Google mic help you identify and interact with Google whether you’re talking, tapping or typing. Meanwhile, we’re bidding adieu to the little blue “g” icon and replacing it with a four-color “G” that matches the logo.